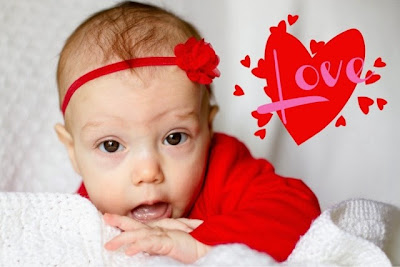 Happy Valentine's Day from us to you! Here in China they don't celebrate Valentine's Day the same we do back in the States (no fun, cheesy cards or candy handed out in classrooms), but I'm sure tonight restaurants will be full and most florists will have more than the normal order of flowers to fill. We are celebrating by helping out some friends and watching their two boys so they can drive out to a nearby foster home/orphanage and help build a goose enclosure. So far, we have watched Curious George and The Cat in the Hat, and I helped their oldest son make Valentine's Day cards for his parents! Later today we are meeting up with some other friends for an early dinner.

Steven and I have never been big into this holiday. I think the first year we were married he brought home flowers for me, as a good husband should. Usually we don't even go out to dinner (too many people!). What do you do for Valentine's Day? Any special or fun traditions?

Posted by One Thousand Chopsticks at 2:58 PM No comments:

Email ThisBlogThis!Share to TwitterShare to FacebookShare to Pinterest
Labels: holidays

Success can mean many things

Yesterday I accomplished a huge task. It was inspiring how well it went and the short amount of time it took. What was it? A shopping trip. To a French grocery store several miles away so I could buy imported food (pasta, canned veggies, granola bars, salsa, etc). And I did it with Atalie strapped to me in the Moby wrap (by far my favorite baby product, I couldn't survive without it). I don't do shopping trips requiring public transportation with her, it always seems so risky. Will I make it back before her nap? What if she's fussy? How can I carry all my groceries and her...on the bus?!? But I resolved to stick to the list and only get the things I can't get at my neighborhood grocery store, said a quick prayer for strength and joy, and went for it.

We took the bus 20 minutes to get there. Got my shopping done in record time - I was focused, trying to get home by nap time. I thought all was lost afterwards as we waited 15 minutes for the bus home. When it finally showed up, people were pouring out the windows (not really, but it was a very full bus). There was no way I was going to get on there with Little Miss Muffet strapped to me. And then, as the heavens parted and angels sang, a taxi pulled up to the curb. Had I been in a musical I would've broke out in song about perfect timing (or something like that). The taxi driver zipped me home. Atalie fell asleep about five minutes before we got back, but, another miracle, I was able to TAKE HER OUT OF THE MOBY AND SHE STAYED ASLEEP!!! Cue another song and dance. Birds were chirping, other woodland creatures danced and I got to take a nap! Just kidding, those last three things did not happen. Bummer. I would totally pay to see woodland creatures dance. Actually, in my concrete jungle of a city, I would just pay to see woodland creatures! Ha.

Still, this is not a typical scenario. Oh, and I lucked out as she had a blow out right before we left. Can you imagine dealing with that on a bus? I don't want to. In the Moby wrap? Double gross.

So, I felt pretty accomplished yesterday. Oh, and we have food to eat. Extra bonus. *fist bump* 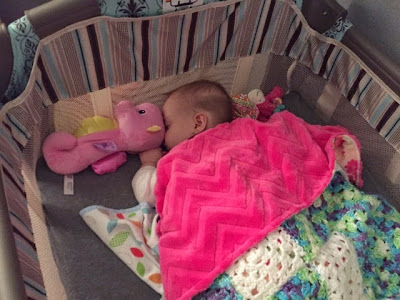 Um, is she not the cutest? This is after I got her home and put her down. I love how she inches to the top of her crib and snuggles between her seahorse and lovey. Pure sweetness.
Posted by One Thousand Chopsticks at 6:08 PM No comments:

Photo Recap - How we spent our time in the States

We made it back! The plane ride was a little harder returning to China. On the way over, with the benefit of the jet stream, the flight from Shanghai to Seattle was just over 9 hours. On the return, we were stuck on that plane for 12 hours! That's a long flight. Atalie did great though. A little fussy the last hour, but overall did well. At one point I finally put her in the Moby wrap to sleep and then stretched out across the row to sleep. Yes, a whole row. The plane was almost empty and almost everyone had a whole row to themselves. Note to self, fly on a Tuesday!

And, for as much as we drug Atalie around everywhere while in the States, she did great! What a trooper. Most days had no semblance of a routine, however, she pulled through. And I can't even tell you how many hours she spent in the carseat (that she hated). She was definitely along for the ride and handled it so well. It actually makes me more confident in her ability to handle change. Though she does nap better and get more rest with more consistency in her day, she can handle a chaotic day here and there and still be her sweet and silly self.

It would be a worthy cause to detail out a recap of the six weeks we spent with friends and family. All the people we saw, doctors visits, road trips and food we ate. However, even if I had the time (which I'm not sure I do), I don't have the energy. Or something like that. Anyways, I can recap in pictures! And I can say that it was an awesome six weeks. We were a little too busy to relax or rest, but hey, why rest when you can visit all your friends and hang out with family you haven't seen in 18 months.


We had a marvelous time back in the States. Sorry for the novel of pictures. To be honest, I had a lot more I wanted to post and had to be choosy. I have a hard time making decisions...
Posted by One Thousand Chopsticks at 10:37 AM No comments: